Every living being has a Chakra network that runs in conjuntion with their other life sustaining systems... Chakra is formed by one of two bodily forces within living beings... the Spiritual/Soul Force, or the Physical/Body Force... these forces determine the flow of chakra within the body... just as blood flows throughout the human body, the blend of the Soul and Spiritual Forces of Chakra flow in harmony... chakra spells are the result of training in controlling and manipulating and even combining the two forces within the body...

Chakra within the body has a finite amount of energy that it can produce, this is called the Chakra Supply... conveniently the spells that ninjas learn are documented in village archives and classified by a universal ranking system...

Chakra can be molded into one of the Five Basic Elements... 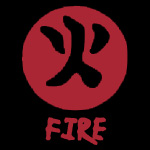 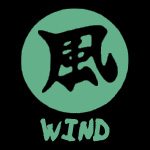 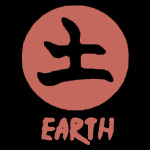 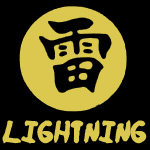 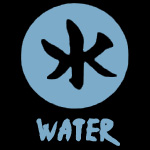 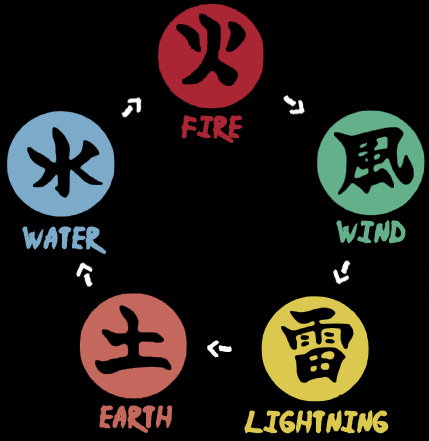 now keep in mind that these strengths and weaknesses are subject to variables... any jutsu can be beaten by a greater amount of chakra in a calculated defense... these affinities are usually only true when the jutsus are created in otherwise sterile conditions and when created by shinobi of equal or relatively equal strengths...

The Five Basic Elements through careful training can be formed into Combination or Advanced Elements... these are also known as Kekkei Genkai or Bloodline limits...

As stated before there are two major types of chakra, Chakra of the Soul, and Chakra of the Body... by learning to control both individually one can separate their powers... there are many factors that one has to take into consideration when training to do this... the dominant hand of the individual, the dominant chakra within the person (body vs. soul), the principle or primary element that one is most accustomed to creating with their chakra... and etc...

Here are some of The By-Laws of Advanced Chakra Creation

when forming an advanced element one must combine two separate chakra's into a balanced and controlable formation of a new and more powerful element... the user's primary element, which is normally the soul element and usually manifests in the users dominant hand, is the birth element of the user and is usually passed on from parents to child... the accessory element, which is usually the element of the body and manifests in a users non-dominant hand, is more often then not a learned element that requires extreme discipline and years of training to awaken... usually the only people who can master advanced chakra training are members of a clan... but there are many instances of ninja's who with painstaking study in the ninja arts can create their own elements... finding these shinobi can be almost impossilbe, however history indicates that most of these individuals were ambidextrous, were born with abnormally high chakra supplies and almost always had a sensei that could preform advanced element techniques...

now the classifications of the chakra is not really complimentary of the person using them, light users can be just as demonic or saintly as darkness chakra users... more often then not, the users and most of their companions wouldn't know a light or dark chakra if they saw them... but understanding the difference between light and dark chakras can give you the intricate details of a persons techniques, it can give one the understanding to make educated decisions and predictions about how the opponent will create their own techniques in battle, and it can most importantly give one the most detailed and accurate understanding of how their own jutsus preform in a battle...

the 36 main elements are all by their nature elements of Heaven or also called Light Chakras... these elements are The Five Basic Elements, along with the 30 natural combinations of those Five elements... according to the first by-law these elements are created by soul and body chakras being fused... however the first by-law is not universal and there are ways that a person can fuze two chakras without using the prescribed method... sometimes one gains an accessory element from ingenious mechanical inventions, sometimes the roles of the body and soul are reversed, sometimes the user creates another element from their surroundings instead of creating a second element within their chakra... whatever the resource used to gain a more advanced element, Earthly or Darkness Chakras are typically weaker than their heavenly counter parts, because they are either, mimics, mutations, or else they rely on a outward device to make the combination of chakras work...

when the advanced element creation is altered from the conditions of the first by-law, it is often more difficult for the user to preform jutsu under these circumstances... as the author of this collection has found out, using the accessory or trained element more than the principle or natural element can lead to a change in the users abilities in the advanced element... either way, [B-2] the strongest chakra in a combination form determines can alter the nature of the advanced element created... this means that when the accessory chakra is the most often used it alters the nature of the element and can transform that element into another manifestation... this subtle and often misinterpreted part of the bylaw is actually the most accurate way to classify and understand the natures of different chakras...

C. The Heavenly Path to Combining Chakras into an Advanced Element

learning any chakra element requires five major steps that can be broken down into any of the major forms of ninja arts... (the ranks in parenthesis are the ranks at which a normal shinobi with no clan training can possibly be expected to learn the skills necessary to master the given step... the lower rank is the very earliest one can be expected to learn it... the higher is the latest anyone should learn it by... then again rules are made to be broken...)

Step 1: (Genin-Chuunin) One must Discipline their chakra... in order to learn a chakra element one must in their developing years learn to balance, control, shape, and form their own chakra... this process can take a lifetime and only can be mastered by great shinobi

Step 2: (Genin-Jounin) One must learn to transform their principle chakra into their natural element... an easy way to determine this is to use the Chakra Indicator Paper [standard issue paper 3906]... here is the list of properties the paper has when one of The Five Basic Elements touches it...

learning to harness and maintain the transformation of the first element is a difficult task and requires all of the discipline of step 1...

Step 3: (Chunnin - Jounin) One must learn to split and transform a second or accessory chakra... this is argued by some to be a two step process... learning to split the chakra between soul and body is sometimes a difficult task... but for the sake of simplicity, I will include that as a part of the mastering of a second element because both tasks require a level of skill that only a strong and disciplined shinobi can master... there are genius's and idiot savants that have boasted to be able to do this at genin without any clan's assisstance, but historical documentation has revealed that there are only a handful of ninja that have ever completed this step at chuunin... Chunnin or Jounin seem to be the majority of places where ninja's learn these skills if not otherwise taught from a clan...

Step 4: (Jounin - Kage) One must learn to synthesize and control the two elements as one and combine them into a wholly new form... this is the most difficult and complicated step in the whole process... it takes not only the discipline to control two chakras, it also takes the subtle control to maintain the extreme power that advanced chakras give off... without clan training, it is rare to find shinobi who can finish this last task on their own strength... which is a testament to how well clan's train their young in their ninja arts, because there are genin who were born with the gift of using advanced elements that their long lost relatives took a lifetime to even discover... though most of the ancient clans are scattered, their decendents continue to branch out, comingle and integrate themselves with outsiders, the possibility for new earthly or darkness elements gets to be a near certainty...

Retrieved from "https://ncpedia.fandom.com/wiki/Laws_of_Chakra?oldid=3849"
Community content is available under CC-BY-SA unless otherwise noted.